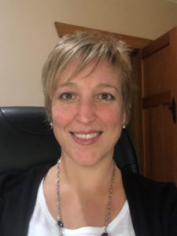 I was trained in New Zealand at Massey University. After graduation I worked in Northland, then in Taranaki  for several years before moving to Ontario, Canada. While in Canada I practised in a Child and Adolescent Mental Health Service for 10 years. During my time there I worked in several roles including direct therapy with clients, psychological and developmental assessments, supervision and management, before moving back to New Zealand in October 2016 to start my own private practice.

I am currently working in the beautiful Marlborough Region of New Zealand and I am looking forward to my time with the Executive of the College and to sharing the NZCCP Presidency with Angus Maxwell.

Angus emigrated from Scotland in 1994 and later trained through the University of Auckland Clinical program. He currently works in community mental health with Waitemata District Health Board, where he is the Principal Psychologist for Adult Mental Health, and maintains a small private practice. 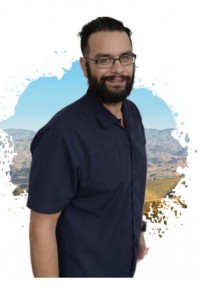 Luke Rowe is of Ngati Tuwharetoa and Ngati Raukawa descent. His background is in Clinical Psychology and is a Senior Lecturer at Massey University and Mental Skills Coach for the Hurricanes Super Rugby team. These diverse interests allow Luke to fuse his two passions of Psychology and Sport into one to further promote good health for Maori and Pasifika men.

Cristina Fon, Chair Board of Membership and Professional Standards (BOMPS) Caroline has been the Executive Director for NZCCP since the Council moved to its permanent office in Wellington in 2005. She is available Monday to Friday 9am to 6.00pm - contact details are listed at the bottom of this page. 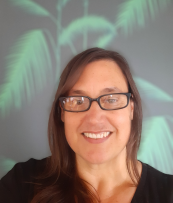 Kara started her working life in the private sector, spent several years as a strategic policy analyst in the public sector and, before joining NZCCP, she managed a couple of small community-sector charities. She is in the office, working with Caroline, sixteen hours over three days (Mon, Tues, Thu) each week.

Cristina Fon, Chair Board of Membership and Professional Standards (BOMPS) Tawhiti descends from a number of tribal nations in New Zealand, in particular, Ngāti Raukawa, Rangitāne, Ngāti Kahungunu, and Ngāti Kuia.  Married for 17 years, his wife is of Cook Island, Tahitian, Dutch, Māori descent and together they have two grown children.  Tawhiti is a registered graduate of the New Zealand Institute of Management, and is the Pou Whakarae – Prinicipal Cultural Leader for the New Zealand College of Clinical Psychologists.  He has worked in Public Health and Sexual Health, and is a former member of the MidCentral District Health Board (MDHB) Healthy Communities Advisory Committee, MDHB Disability Support Advisory Committee and National Māori Sexual & Reproductive Health Committee.  Tawhiti also has a Māori Education background having worked in total immersion Māori language settings as an early childhood, primary and tertiary educator, further to being a past researcher at Massey University for the ‘Toi Te Kupu’ Māori Language initiative.  Tawhiti is presently employed as the Pou Whakarae – Principal Cultural Leader for both the Central Primary Health Organisation and the Te Tihi Whānau Ora Alliance where he sits as a member of the Senior Leadership Group.  He is a current recipient of Te Rau Puawai Māori Mental Health Scholarship. 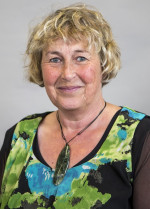 Eileen is a Fellow of the NZCCP and has been a member of the College since its inception.  She has been involved in College matters at local and national level over this time. Eileen completed her PG Diploma in Clinical Psychology at the University of Waikato in 1986, and since then has worked in mental health, health, criminal justice, research and university settings. She is currently Associate Professor with the Post-Graduate Diploma in Clinical Psychology programme at the University of Canterbury.